2. List the layers of the Earth from the inside out. (center to surface) 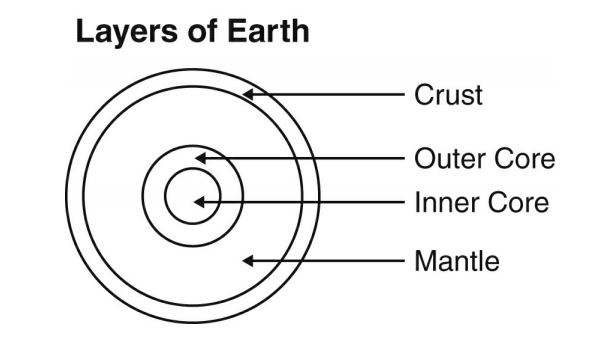 3. Which of these layers has the lowest density?  How do you know?  Which layer has the greatest density?


4. What is the outer core of the Earth made of? 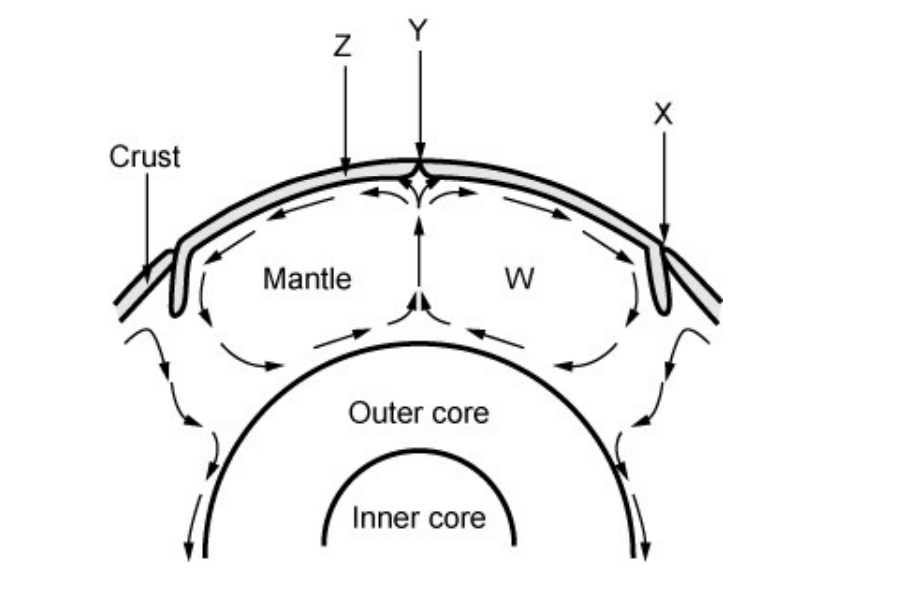 5. What is happening at point Y and why?


6. Look at the picture above.  Choose two places where magma might break through the crust and explain why. 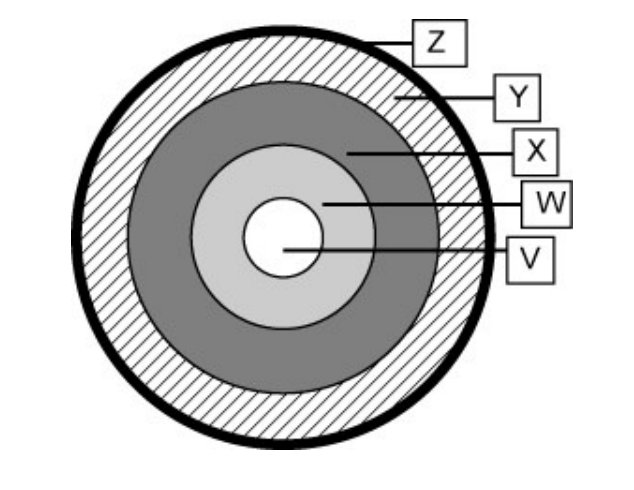 7. Which layer is composed mostly of melted iron?


8.  Which layer is mostly iron and nickel and is the densest layer?


9.  How do you know that the layer you chose for question 8. Is the densest? 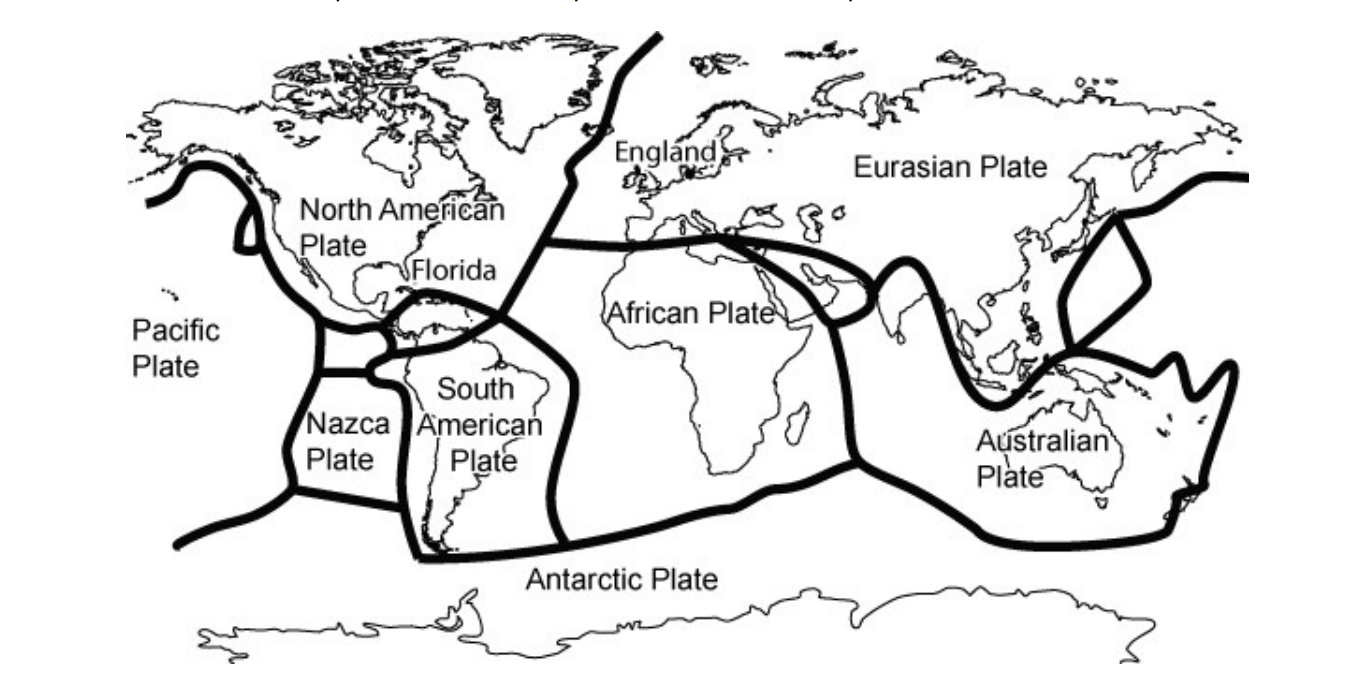 10. Look carefully at this picture.  It shows the major tectonic plates.  On which plate do we find Florida?


11.  In the picture above, which plate is England found upon? 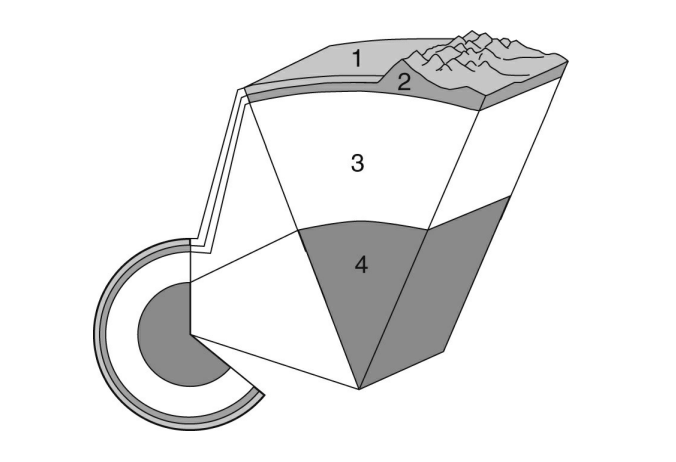 Use this picture to answer questions 12 - 16


13. What kind of plate boundary formed the mountains at no. 2?


14. Which of  these layers is the least dense?


15.  Which of these layers would be the hottest?


16. Which of these layers has mankind drilled into?


18. Which layer of the Earth is the largest and thickest? 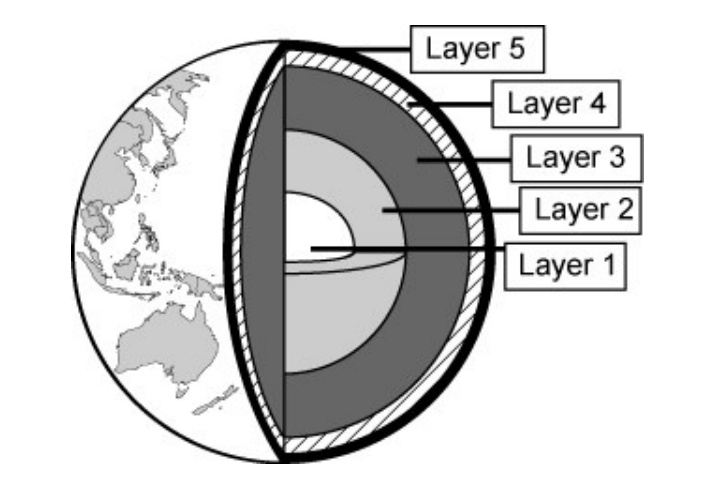 
20. In the picture above, which two layers make up the lithosphere?


21. In which layer do earthquakes happen?


22. What kind of plate boundary created the Appalachian Mountains?


23. The West Coast of the United States, is part of the Ring of Fire.  What kind of plate boundary caused the formation of the volcanoes in Washington State?


24. Most of the United States are part of which tectonic plate?


25. What kind of boundaries cause most of the Earth’s earthquakes?

26. In this picture, the layers of rock have moved.  What probably caused them to move? 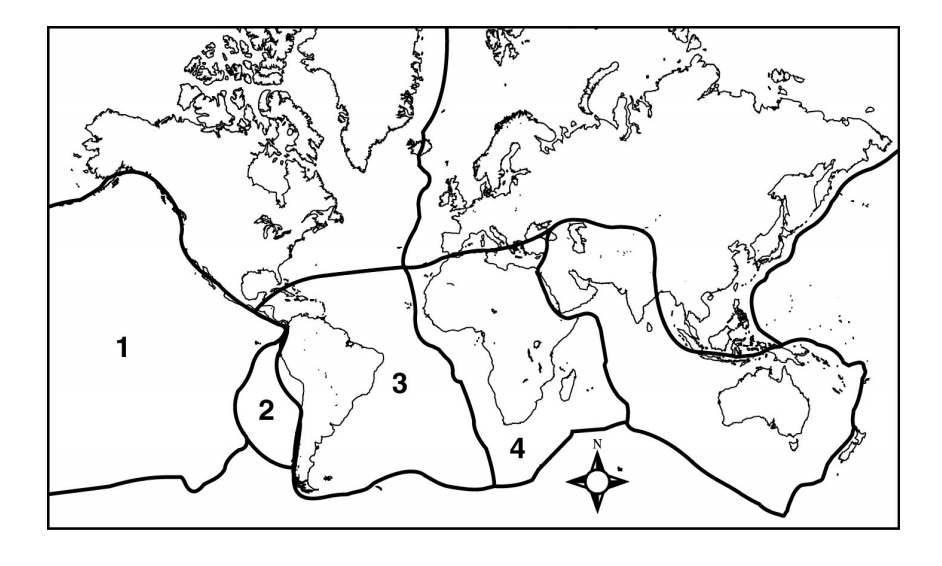 27. Which of these plates is the African Plate?